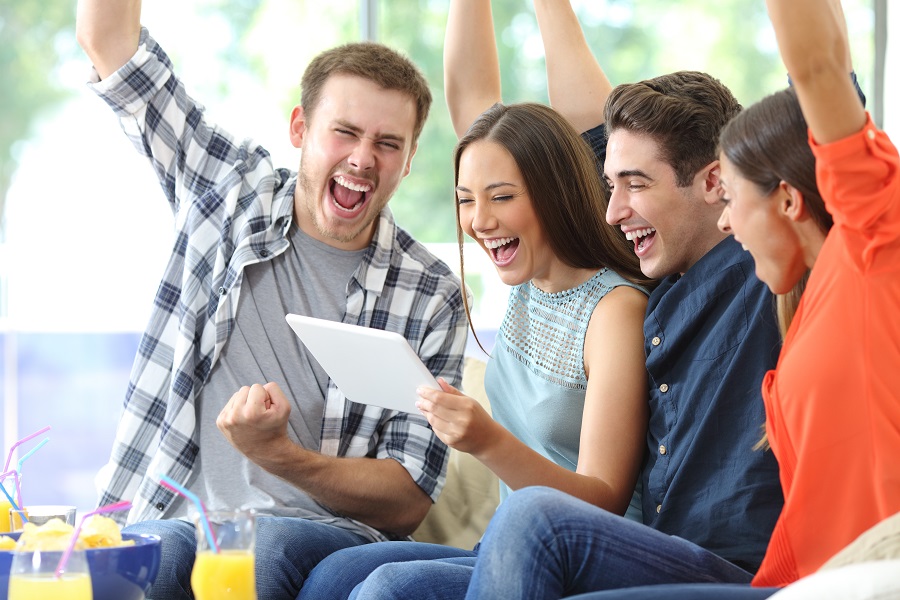 Welcome to the new online video space. Seemingly overnight, streaming has turned a corner. It’s transformed from an unreliable service that would freeze, making you miss that winning moment of a huge sporting event, to a seamless experience available at the click of a button.What’s more, businesses are reaping the rewards created by an increasingly competitive space. New and established companies are turning to different strategies to gain a competitive edge, with streaming quality, original content, and bundles now being leveraged to earn customer loyalty.But will live streaming overthrow good old cable TV? This question brings us back to one main sticking point; in order for any of these strategies to work, a great quality of service (QoS) is key. We’ve outlined three ways OTT Live Streaming is gaining ground, and in some cases, already overtaking good old cable TV.

Competing Via QoE: The Challenge of Streaming in Full HD

Customer expectations are soaring for seamless, TV-quality, OTT live streaming, regardless of the platform they choose. Poor quality of experience (QoE) can ruin a company’s reputation, cause users to churn and even cost a company millions in complaint call centre expenditure. However, thanks to the introduction of innovative SaaS solutions, like Touchstream’s Stream End-to-End, this hurdle can now be largely overcome.A stalling stream can be a PR disaster: take British broadcaster, ITV’s live stream coverage of the World Cup last year for example, which had a major UK newspaper writing a story about streaming complaints - rather than the game itself. Forrester, meanwhile, estimates a serious QoE issue during a major sporting event could cost up to $1.2 million in call centre expenditure if 100,000 users call in to complain.In order to prevent QoE problems, OTT providers must monitor the entire streaming system 24/7 — from ingest to content preparation to delivery via CDN. Touchstream’s Stream E2E platform, for example, traces errors from glass-to-glass and displays them in one simple single-view dashboard, making issues far more preventable. Thankfully, solutions like these mean OTT live streaming quality is fast becoming very close to, or even as good as, cable TV.

Streaming figures are booming. According to Deloitte, for the first time ever, more US households subscribe to a streaming service (69%) than to traditional cable TV (65%). Additionally, as per a Conviva streaming report, the number of hours U.S. consumers spent viewing streamed content over the last year increased by 130%. There’s no doubt that improved QoE as a result of improved SaaS stream monitoring solutions has played a big part in this.With the quality of streaming now up to standard, the focus now lies on earning a loyal customer base through exclusive content. That’s why, since 2006, Disney, has acquired Pixar, Marvel, LucasFilm, and 21st Century Fox for the combined cost of US$ 86B, and it’s also why Netflix is expected to invest US$ 15B in new content this year alone.It’s not all about drama and shows either, live sports streaming is also getting in on the action. This year UK-based DAZN has acquired exclusive rights for English football coverage in Spain, including the Premier League, Championship and FA Cup. The company is only three years old but has already acquired huge star ambassadors, including Cristiano Ronaldo and Neymar.

In an increasingly competitive market, cable TV is using bundles to remain an attractive proposition. OTT live streaming has caught up with cable TV when it comes to the quality of streaming and the amazing content it provides; now it’s taking traditional cable on at the bundle game.Large streaming providers are already providing competitive options. YouTube TV, for example, already provides access to more than 70 channels, including live sports and news. Now Disney has also made a move in the same direction to keep up. Disney, which is releasing its Disney+ streaming service at $5.99 per month - for $12.99, consumers can now also have the option of a bundle that includes Hulu and ESPN+.There’s a caveat though: with the increasing wealth of options for consumers, it turns out patience is waning and consumers often switch services in a heartbeat. In fact, according to a Conviva report, service abandonment increased significantly in 2018, with 14.6% of viewers leaving when there was a slight delay playing a video. This is why OTT bundles are such an attractive proposition for consumers and providers alike; consumers get exactly what they want, meaning providers can keep their subscribers too. However, where bundles will likely have the most pulling power is in giving consumers the live sports they want. Disney, the owner of ESPN, has bid $45 billion towards sports rights this year, and new players like DAZN are taking on established networks.Of course, with such a huge array of options available to them, consumers simply won’t put up with poor QoS. This means innovative solutions are needed. One such solution is Touchstream’s Incident Playback, an extension of the pre-existing Stream E2E system. It makes it possible to “rewind” the delivery workflow and view past incidents as though occurring in real-time. This investigative capability allows providers to make sure they stay ahead of the competition by providing the best streaming service possible.A shift from cable TV to streaming is already underway. According to Leichman Research Group, traditional cable TV providers lost more than 2.8 million subscribers last year, an increase from the already troubling loss of 1.5 million customers in 2017. OTT live streaming isn't yet the main player, but it’s certainly disrupting the industry and putting pressure on the industry leaders. While exclusive content and attractive OTT bundles will help providers, an exceptional QoS is the rocket fuel that will win the race for companies in this competition.

The Heart of the Transition from Broadcast to Streaming is Monitoring

The Need to Establish a Monitoring Strategy

Addressing the Challenges of Network Monitoring When Everyone Is At Home