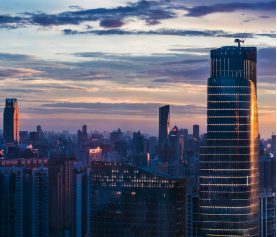 SINGAPORE (June 7, 2016) – Leading-edge video streaming monitoring group Touchstream International today announced an agreement with YipTV, the fast-growing US based Over the Top (OTT) mobile cable operator. YipTV is using Touchstream’s monitoring platform to deliver more than 100 domestic and international channels over mobile and broadband connections with a focus on the underserved, non-English speaking audiences in the United States.

The agreement with YipTV adds to Touchstream’s growing client base which includes Sky UK, Telstra, Viaplay, the largest pay provider in Scandinavia and Discovery Communications, the television company that owns a range of channels including Discovery Channel and Europe’s Premier sports network Eurosport.

Touchstream’s unique monitoring platform eliminates many of the common streaming media end user problems such as buffering and other delays, pixelation, and latency.

“Our cloud-based software is helping our customers identify problems before viewers complain about them. By using our technology YipTV is able to address the problems before they occur in the apps that their viewers are using and before their customers see them,” said Touchstream’s CEO Brenton Ough.

“Our system operates 24/7 using digital robots to monitor every endpoint, every minute of every day. Touchstream’s software also minimizes the mean time to repair, a key metric for streaming performance while reducing the abandonment rate by up to 25 percent.”

Unlike in-player monitoring tools, Touchstream’s active monitoring tests all of a service's live streams, even when no one is watching. This active monitoring alerts operators to actionable issues that can be controlled and managed, not those which are out of their control, such as the vagaries of Internet Service Providers.

Founded in 2012, YipTV is an Over the Top (OTT) mobile cable operator that distributes over 100 channels and programs in multiple languages, letting subscribers watch YipTV on televisions, tablets, computers, smartphones and other Internet-enabled devices. YipTV sends video content via the public Internet to broadband users, bypassing legacy cable systems and head end technology, and then passes that savings directly to the consumer. For more information, please visit http://www.yiptv.com

About Touchstream
Founded in Melbourne in 2013, Touchstream has quickly gathered its impressive roster of international clients by offering a competitive advantage based solution that remains unmatched in the market.

The Need to Establish a Monitoring Strategy

Addressing the Challenges of Network Monitoring When Everyone Is At Home